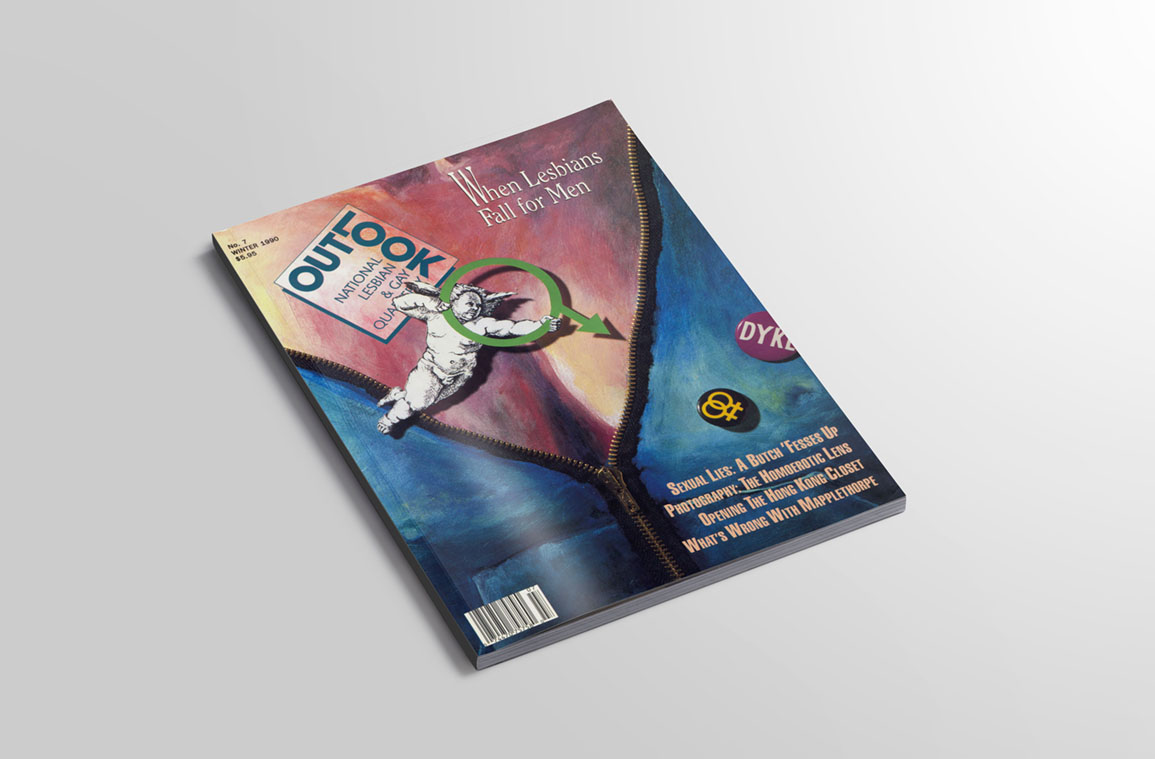 My piece responds specifically to Jackie Goldsby’s editorial in issue 7 of OUT/LOOK from Winter 1990. I ask about the historical moment in which this issue appears – at the end of the cold war, the beginning of the age of electronic media, in the midst of the AIDS crisis and at the very beginning of queer theory. New intellectual currents in the university around this time led to the formation we now call queer theory but also culminated in a perceived split between theory and practice, and activism and scholarship. Goldsby’s editorial is remarkable for its fierce intellectual commitments and it obviously emerges out of a time of fervent public intellectual engagement.

The bookstore ads jump out at me like signposts from a lost era. Remember this, they seem to say, remember when there were LGBT bookstores in most major cities with names like “Giovanni’s Room,” “A Brother’s Touch” and “A Different Light”? And then, on the very next page of issue 7 from the Winter of 1990, the First Annual OUT/WRITE conference announcement offers an embarrassment of riches in its line up of speakers. The list includes legends like Allen Ginsburg, Judy Grahn, Marilyn Hacker and Essex Hemphill. One realizes, shockingly, that Essex Hemphill, who died of complications related to AIDS just 5 years later, must have been in his prime at this event and presumably he had already been filmed by Marlon Riggs for his beautiful homage to Black gay men Tongues Untied. The issue teems with such historical particulars – the 1989 San Francisco earthquake, the Helms Amendment, the Corcoran cancelation of a Mapplethorpe show – even as it documents the unraveling, may be even the end of one version of LGBT political life. Articles in the issue speak to disagreements about sex, gender, desire, the personal and the political.

If you came across this issue of OUT/LOOK in a time capsule, you would be able to discern that the Winter of 1990 was a transitional time. You might feel the deepening of the AIDS crisis, the emergence of increasingly new and toxic forms of nationalism and the burgeoning conversation about LGBT identities that soon after became known as “queer theory.” Between the lines of essays on lesbians and desire, queers and flags, medieval sexualities, censorship and so on, you might detect the world shifting on its access as computer technology begins to penetrate our daily interactions – one year later, the world wide web was born. But OUT/LOOK in 1990 was still a resolutely off-line material piece of cultural expression – it was an attractive size and shape and contained real articles brimming with emotion, insight and intellect.

Indeed, the editorial in this issue was written by none other than Jackie Goldsby, then a brilliant queer public intellectual and now the Chair of African American Studies at Yale University. Goldsby’s editorial was a beautiful piece of writing, compact and urgent, scholarly and accessible – in it, she responded to recent decisions in the 1989 Supreme Court on reproductive and civil rights and the unfolding Mapplethorpe censorship controversy. Effortlessly reminding readers that LGBT legal protections rested then on some of the architecture of Civil Rights legislation, Goldsby quickly detailed how the chipping away at Civil Rights protections designed to shield women and people of color from prejudice could have severe consequences for queers. In an early intersectional analysis, Goldsby reminded her readers that diminishing reproductive rights could be deployed against the growing tide of lesbian families and the overturning of a crucial piece of civil rights legislation in Patterson vs. Maclean Credit Union could leave queers and people of color exposed to employment discrimination.

Goldsby’s editorial did not stop there. She also identified the structure of what we came to call neo-liberalism, a mode of governance that takes liberal legislation and uses it for conservative purposes. Goldsby called the Helms Amendment that was used to ban the Mapplethorpe show “chilling” for the way it appropriated “the language of the non-discrimination clause, the building block of gay civil rights, only to turn around and censor gay speech.” Goldsby in 1990 identified certain forms of conservative back lash, prejudice and legal maneuvering that remain part of our political landscape. The editorial would not seem out of place today as reproductive rights are once again under fire, and as current legal support of gay marriage rests upon the continued dismantling of crucial Civil Rights legislation liked the Voting Rights Act.

Goldsby’s editorial was astonishing and it sets a high bar that the rest of the issue cannot quite match. Indeed, while the issue of OUT/LOOK screamed its opposition to Jesse Helms and censorship, it seemed to have no sense of how to link these events to the end of the Cold War, the end of the Iron curtain and South African Apartheid and the collapse of the Berlin Wall. Accordingly, the two main essays in the issue, apart from an interesting piece on homosexuality in China, concerned sex and lesbians. In one, Jan Clausen laments about how hard it is for an erstwhile lesbian to come out as male-partnered and in the other Jan Brown “fesses up” about being butch and liking penetration. These pieces feel a bit dated but they do mark an interesting turn in a culture still oriented towards womyn-identified-womyn and essential renderings of lesbian morality and purity. Clausen in particular is clear about the suffocation she felt within certain expressions of lesbian culture and she refuses the demand that the personal line up perfectly with the political – “I saw the destructive pressure on lesbian couples that comes from treating people as political symbols.” As new forms of identity policing emerge in queer communities today, it is worth remembering how constricting people found the norming of lesbian feminism. And even as Jan Brown tries to break the norm by fessing up to the desire for penetration as a butch in her essay, she still manages to make the stone butch sound like a relic, an anachronism, an aberration within the free flow of lesbian love.

OUT/LOOK was a remarkable experiment with form, content, material culture and debate forums. In an era without queer bookstores, queer writers conferences, queer magazines of substance, we can look back and query certain choices made in these pages and wonder over certain omissions but we must also envy the urgency of the moment it seized, the sense of possibility on every page and the astonishing intellectual commitment it demonstrated. The magazine is remarkable not only for the ideas it circulated but because it assumed there was a well-read audience waiting for every issue. Where is that audience now? 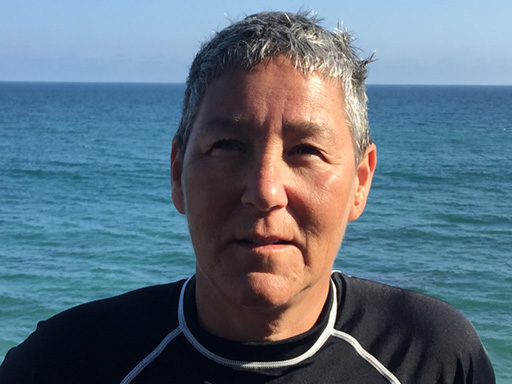