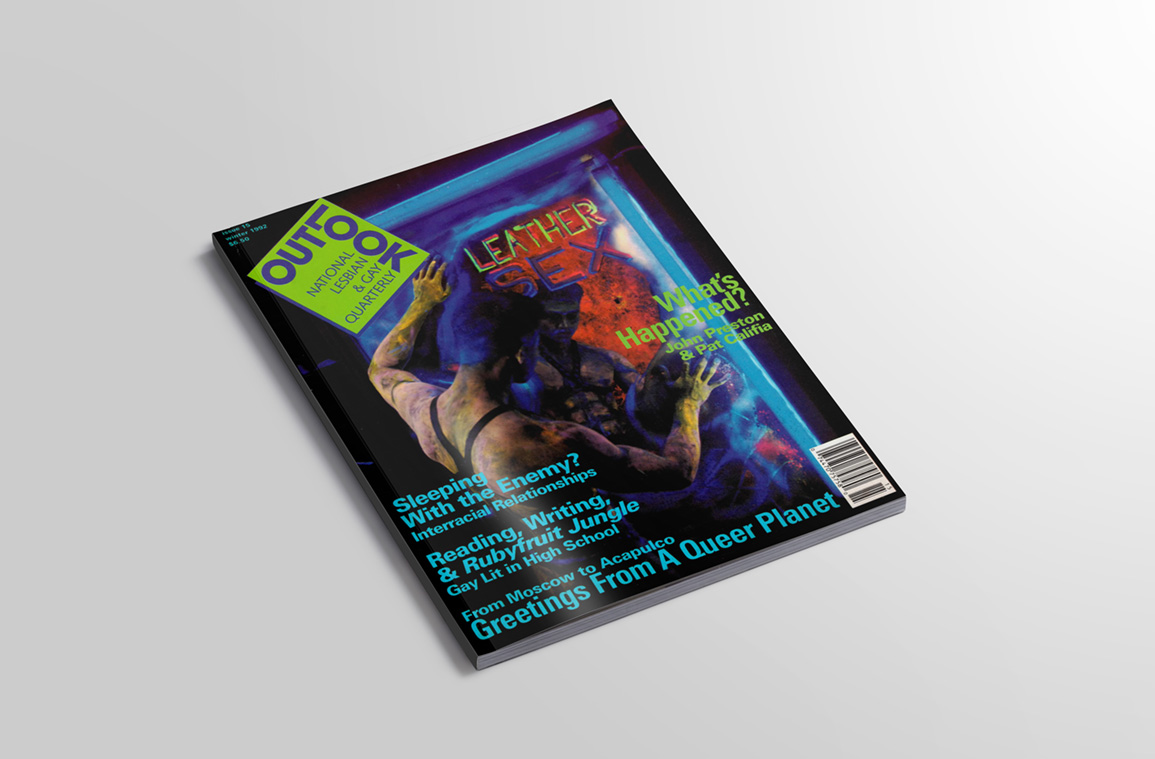 Who are we if we aren’t yearning? In this essay, I explore the concept of yearning used by Black feminist theorist bell hooks as I page through Issue 15 of Out/Look Magazine (Winter 1992). This issue focused specifically on international issues affecting queers globally: Fear of a Queer Planet. Thinking about generational change, struggle and social justice, I consider the current state of queer life worlds, and the move away from the collective yearning represented in the issue.

As I page through OUT/LOOK Issue 15, Winter 1992, $6.50 (a pretty penny for a magazine in those days…), my index finger pushes into a familiar cardstock, rougher than the other pages. The subscription circular. If you subscribe, 23% off the newsstand price. Only $20/year. Business reply mail to 540 Castro St., San Francisco, CA 94114. No postage necessary if mailed in the United States. Perf punched, ready to be ripped out and sent. I long to put it in the mail, send back the survey next to it too, all about queers and children. Where will it go? To the Dead Letter Office? Return to Sender? I look through the ads. Olivia Cruises. Travel agents. Book stores and sex shops. Penises of the Animal Kingdom? Will someone answer the phone? Send back my self-addressed, stamped envelope?

I know, stupid, right? Time has passed. Move on.

Issue 15 of OUT/LOOK describes the San Francisco I moved to just two years later, in 1994 – it’s part of what fueled my imaginary as I packed up my panel van with all my shit, threw a futon mattress on top of the boxes, and started to drive west. The gulf between my mailbox and the intended recipients of my subscription cards and calls sent into the void is vast. We’re not there anymore, the world is different now. No use inhabiting nostalgia anymore.

I hold the issue in my hands. Four-color gloss cover, black ink only on the inside. Perfect bound, glue yellowing. It cracks when I open it. We don’t really make things like this anymore. I search for the union bug, identifying the printer. Can’t find it. Bad lefties. Print nerds like me get called out on p. 67. Caution! Scientific evidence has proven that the Diseased Pariah News (DPN) promotes boners among shirtless young men who work at book binderies on hot summer days. By purchasing this copy of DPN, you are not only condoning but encouraging this behavior (and whatever else they do to relieve themselves after the shift is over).

There was a moment in the wake of the Proposition 8 decision when I had a tinge of mourning for what queerness invents when it has to articulate itself in spaces of deep silence, death, stigma and subterfuge. We find ways to telegraph our desire, communicate silently. Sure it sucks. No one wants to be discriminated against. But this is what we lose when we gain social visibility and legitimacy. This is why so many of us weren’t out there marching for marriage equality. I mourned for the generation of kids who will grow up queer – can we even call it that anymore? – non-heterosexual – and never know a world in which there is no expectation for marriage. I think most of our parents gave up on us as far as marriage and kids goes, and quite frankly, I appreciated the space to invent kin and community, loving each other outside legitimacy, despite it.

hooks proposed yearning as a “shared space and feeling,” a “common ground where all these differences might meet and engage one another.” Yearning comes out of hopelessness, a channeling of desires deferred into a swell of collective intention that holds the possibility of transformation.

Who are we if we aren’t yearning?

Yearning is much more than a singular goal that can be accomplished in one’s lifetime, it is generational, collective, straining under the weight of too many aggressions, micro and macro, piled on top of each other and continuing without end. It’s what we feel when the gulf is too wide to imagine crossing – we yearn for that generation that might-have-been but wasn’t because things went terribly wrong. Like the first lines of Zora Neale Hurston’s Their Eyes Were Watching God (1937):

Ships at a distance have every man’s wish on board. For some they come in with the tide. For others they sail forever on the horizon, never out of sight, never landing until the Watcher turns his eyes away in resignation, his dreams mocked to death by Time. That is the life of men.

I turn more pages. John Preston and Pat Califia bemoan the codification and commodification of leather culture. The top’s dilemma – taking pleasure in others’ vulnerability but never quite being able to give it up. Academics and activists of color talk to each other about fucking white men. A provocative proposition to teach Rubyfruit Jungle in high school. A queer planet beyond what Berlant and Warner proposed, curated by the International Gay and Lesbian Human Rights Commission (IGLHRC) to show work on the ground in different parts of the world: the USSR, Czechoslovakia, Mexico. Postcards available on the back cover. ¡Bienvenidos a Jotolandia!

My favorite zine of the 90s, excerpted in this issue, the Diseased Pariah News. Bitchy queens living with HIV/AIDS, with features like “18 Phrases That Turn Our Stomachs Worse Than AZT,” and “Darn! One of Our Editors Is Dead! Can DPN Withstand the Test of Fire?” Gallows humor. Men who were dying, pissed off, and publishing.

In these pages, I see a moment where we had to come together – Carla Trujillo and Cherríe Moraga alongside Preston and Matthews and Pat Califia. Now everything is market segmented, customized to our specific (and commercialized) desires. Publishing like this doesn’t really happen because we don’t have to work it out together – everyone can go their separate ways and write a blog, or a vitriolic Facebook post.

Yearning happens elsewhere now. Sexuality alone is not a sufficient condition of marginality to inspire the kind of collective yearning hooks argues connects us. Now we (continue to) yearn for a world in which Black Lives Matter, for a world without borders, for a world where trans women of color can survive into old age and live with dignity and dreams.

In the early 1990s, the queer lifeworld of San Francisco, and by extension, those of us who could access it through OUT/LOOK, burned brightly with yearning that connected us to struggle. As I researched this issue, I stumbled on a little detail that helped me connect that time to this one. Now that we can read all the issues of Out/Look online, I found an obscure reference to a familiar address.

In 1990, the Out/Look Foundation listed its address as 2940 16th St., Suite 319. The Redstone Building in San Francisco, at the corner of Capp and Mission Streets. A historic building that has housed radical and progressive organizations for over a century, known as The Labor Temple. This was same the building, and same office, where we would move the offices Proyecto ContraSIDA Por Vida in its waning days 15 years after Out/Look operated there. This place would become El/La Para Translatinas, a social justice project for transgender Latinas in the Mission District. Something tells me the editors would be happy to know that their old offices are now the kind of glammed out living room only translatina immigrants to San Francisco can manufacture out of paint, dollar store purchases, and glitter. 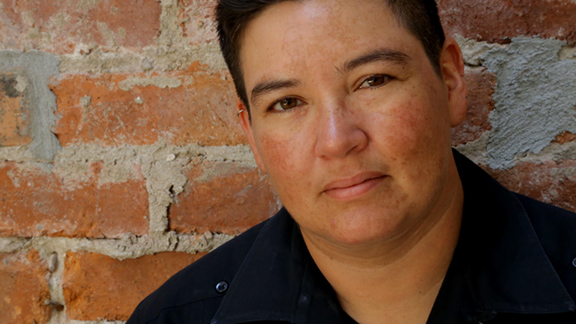